My Hero Academia Chapter 276 release date has been delayed by a week as the manga creators have taken a break of one week. BNHA manga series have been very getting interesting with the arrival of Tomura Shigaraki who has been on a killing spree and have already destroyed the lives of many pro heroes.

Fans are hoping to see Deku vs Shigaraki battle in MHA chapter 276 but before that several other fights will happen. Eraserhead and Gran Torino have arrived at the rescue and save Deku from the decay powers of Shigaraki. Here is everything you need to know about My Hero Academia chapter 276 release date, spoilers, raw scans leaks and manga read online methods.

My Hero Academia Chapter 276 spoilers will be out on Reddit soon as someone will translate the raw scans leaks to English. Fans on Reddit and other social media platforms have started to discuss MHA chapter 276 and speculated several theories about the plot outcome. Shigaraki is behind the All for One quirk of Deku and if that happens in Boku no Hero Academia chapter 276, the heroes would be in great trouble.

Eraserhead aka Aizawa and Gran Torino, the teacher of Deku have arrived at the scene to stop Shigaraki. There are high chances that Shigaraki kills Eraserhead and Gran Torino in BNHA chapter 276 as the manga arc is already towards its ending. Bakugo has also stepped up in place of Deku and even his life would be in danger in My Hero Academia chapter 276 as Shigaraki is too powerful to be stopped by regular heroes.

The raw scans of My Hero Academia chapter 276 will be out 2-3 days prior to the release date. However, the next BNHA chapter is coming out after two weeks, the raw scans leaks for chapter 276 could be out even a bit earlier around Monday, June 22.

My Hero Academia Chapter 276 release date has now been shifted to Sunday, June 28 as per the official manga sources. Fans will have to wait another week to catch the latest Boku no Hero Academia manga chapters.

My Hero Academia, Ch. 275: Shigaraki’s horrific power threatens to consume all! Can he be stopped? Read it FREE from the official source! https://t.co/EPcAXcfkyU pic.twitter.com/jFMEu3yfXO

My Hero Academia 276 manga chapter can be read online on Viz media, Shonen Jump and Manga Plus official apps and websites. It would be better to read MHA chapters for free and legally from the official manga sources rather than reading them from pirated sites. 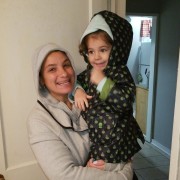 By Tailor Pawan3 days ago0