Kim Kardashian, a supermodel has been all time in news for various events. This time it seem.s she is on a mission to get her marriage back on track with West Kayne. An all time super model, Kim Kardashian seems to be trying hard to fake her happily ever after marriage with Kayne West.

Mirror UK claimed that Kim Kardashian went on a vacation with her family and to protect her image.

Now, Life and style is claiming that Kardashian and West’s trip and their image of a happy family was all for show.

Recently, Life and style has claimed that Kayne West and Kim’s trip and all their activities was just all for show.

“West Kayne was spending most of his time separate from Kim Kardashian and his family. The couples did not work on their marriage. All the happy images of kim and kayne with their family came out to be fake. The supermodel seems to be just concerned about her image,” a source said.

It is true that to develop and maintain an image, it takes years but it takes just minutes to destroy the same image. The keeping up with the Kardashians, reportedly, seems that West destroyed the image which Kim worked for years to maintain. But kim Kardashian is doing everything she can to convince her fans and the public that her marriage is going fine.

A month ago, Kim Kardashian and West Kayne with their 4 kids even went to wyoming to spend time together. There even the rapper held his first sunday service since the pandemic. It was seen there Kim tried to appease her husband West.

One of the source said that she realized that the only way to control kayne was to appease him and with this understanding Kim made her husband West her priority thereby spending more time with him.

An insider also said that West  has been spending  most of his time by himself in wyoming. But the supermodel Kim insisted she stay with West to make her family look like a happy family.

“Since the pandemic started, he’s been there three times on his own. But Kim convinced him to bring her and the kids – making the vacation appear more meaningful than it was. She’s trying to control the narrative. But the truth is, she and Kanye are still leading mostly separate lives,” the source said.

Kayne has been to wyoming on his own for three times since the pandemic started. But his wife, Kim kardashian convinced him to bring her and their kids to the vacation to make the vacation appear more joyful and meaningful. This all looks like just a show, in actual their marriage is not working and the couples spend most o f their time separately.

Kim and Wayne up for trial separation?

Rumours about the marital issues between Kim Kardashian and West Kayne has been hyped for months. In May, Star claimed that the couple had a trial separation.

There have been multiple events which point on the fact that the couples could be up for trial separation. A source said “It’s no secret they’ve been having problems. First, it was gospel album in which Kayne took months to finish, second, Chicago, where he needed to relcaim his roots by buying his childhood home and now it’s Wyoming”.

But Kim Kardashian and West Kayne haven’t said anything about their trial separation or divorce. This means some of the source’s claims are incorrect. West and Kim are for sure dealing with their marital issues, but then these are meant to be kept private. 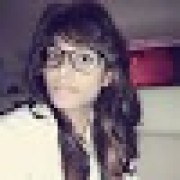 Justin Timberlake and Jessica Biel Break Up and Divorce after Second Baby?

Boruto Chapter 51 release date, spoilers and what to expect