In this article we’ll be sharing with you about how MX Player actually makes money instead of being a free OTT platform.

MX Player was launched in South Korea in the year 2011 and was later acquired by Times Group in India.

What is the business model of MX Player?

MX Player makes majority of their money by placing static ads on their videos.

By the end of 2019 MX Player has over 280 Million active monthly users in India, which is more than any other content provider in the country.

The show Aashram Chapter 1 & Chapter 2 have combined viewership of over 1 Billion.

This shows how massive user base the platform has and this is where they strike gold.

Each episode features at least 6-7 ads in between which makes the ad views just from the series Aashram to over 6 Billion.

What is the CPV of ads in MX Player?

CPV stands for cost per view for an ad.

A native ad which is placed between the list of videos has CPV of ₹0.1/view.

What is the future of MX Player?

MX Player is already the leader in OTT market in India with over 280 Million active monthly users.

It has expanded operations in UK & USA this year.

Instead of getting rights for a content now MX Player is focusing more on producing original content.

Also make sure to check out this article: Best Indian Meme Pages On Instagram 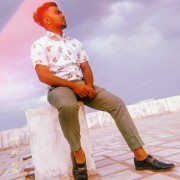 What are the foreign investment laws in Dubai?